What is LASIK 3x tra? 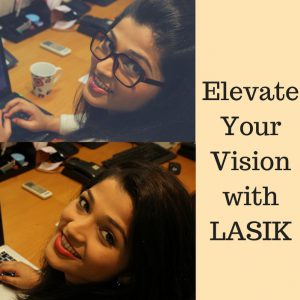 LASIK is a laser procedure done for those who seek to be free from spectacles and/ or contact lenses by treating their spectacle powers. When one adds the Cross-linking step to the traditional LASIK it is termed LASIK 3X tra™. This is primarily done to increase the strength and stability of the cornea and potentially lower enhancement or retreatment rates.

Lasik 3X tra™ treatment has been shown to significantly improve post-LASIK refractive stability, when compared to LASIK alone for high myopic and hyperopic cases and those with corneal irregularities that are at greater risk of refractive drift.

LASIK 3X tra™ is simply LASIK + CXL/ C3R (short for Crosslinking of Cornea). It is a LASIK procedure enhanced with an add-on corneal strengthening procedure (Cross-linking).

During LASIK, the excimer laser thins the cornea in order to correct refractive errors like myopia and astigmatism. Hence, higher degrees of spectacle power correction result in proportionately thinner corneas. Rarely, thin and weakened corneas may progressively bulge forward, a condition called corneal ectasia. LASIK 3X tra™ is postulated to reduce this risk of ectasia by strengthening the cornea.

Cross-linking (CXL/C3R) by itself is a standard procedure done for cases with weak cornea to strengthen the same especially those with abnormal shaped corneas (keratoconus) or corneas which weakened after a LASIK procedure. The objective behind combining this cross-linking procedure in the same sitting as LASIK is to avoid waiting for a potential weakening of the cornea to happen. Basically, it is a preventive step to tackle one of the after effects of LASIK, which is weak cornea/ ectasia that can occur in a small percent of population.