Brain can classify images seen for only 13 milliseconds

Computer processing speeds seem to exponentially increase every year. But a new study suggests that the original computer, the human brain, can process images the eyes see for only 13 milliseconds – a speed much faster than previously thought.

The study, conducted by neuroscientists at the Massachusetts Institute of Technology (MIT), was recently published in the journal Attention, Perception, and Psychophysics.

Though previous studies have suggested the fastest speed at which the brain can process images is 100 milliseconds, the researchers from MIT gradually increased speeds until their subjects’ answers were no better than chance.

To conduct the study, the team – led by Mary Potter, professor of brain and cognitive sciences – asked participants to look for a certain image – for example, “picnic” or “smiling couple” – while viewing a series of either six or 12 images for between 13 and 80 milliseconds.

Prof. Potter notes that vision works to find concepts, a rapid-fire way of processing that may help direct the eyes to their next target. She explains:

“The job of the eyes is not only to get the information into the brain, but to allow the brain to think about it rapidly enough to know what you should look at next. So in general we’re calibrating our eyes so they move around just as often as possible consistent with understanding what we’re seeing.” 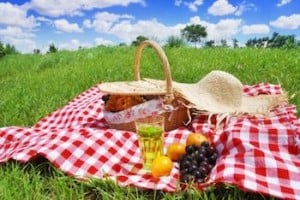 When participants were shown a rapid succession of photos in 13-millisecond increments, they performed better than chance at recalling specific concept photos, like ‘picnic.’

The researchers explain that “processing loops,” in which visual information flows from the retina to the “top” of the visual processing string in the brain and then back down again for more processing, were previously thought to be necessary in identifying specific scenes or objects.

As such, they expected to observe a substantial decline in performance around the 50-millisecond mark, the time other studies have suggested it takes for visual information to complete such a loop.

But they found that the participants still continued to perform better than chance when the image exposure time dropped from 80 milliseconds to 53, 40, then 27 and finally 13 milliseconds, which was the fastest possible speed their computer monitor could manage.

“This didn’t really fit with the scientific literature we were familiar with, or with some common assumptions my colleagues and I have had for what you can see,” says Prof. Potter.

As the images were progressively shown faster, she believes the subjects’ better performance may be attributable to the practice they had in fast detection.

Prof. Potter says that she and her team were able to “show more evidence of knowledge than in previous experiments where people hadn’t really been expecting to find success, and didn’t look very hard for it.”

The study shows evidence that “feedforward processing,” which is the one-directional flow of information from the retina through visual processing centers in the brain, is sufficient for the brain to recognize concepts without needing to do more feedback processing.

Additionally, the researchers add that although the images were only seen for 13 milliseconds before the next image appeared, the results suggest that part of the brain continues processing the images for longer.

Prof. Potter says that in some cases, participants were not asked about the presence of a specific image until after they had seen the whole sequence, adding:

“If images were wiped out after 13 milliseconds, people would never be able to respond positively after the sequence. There has to be something in the brain that has maintained that information at least that long.”

She notes that the ability to identify images seen for such a short span of time may help the brain decide where to focus the eyes.

The team is now conducting research on how long visual information presented for a brief period can be held in the brain, as well as investigating – via magnetoencephalography scanners – which brain regions are active when a person completes the identification task.