Drug treatments for diseases that cause blindness could be delivered by eye drops instead of uncomfortable and costly eye injections, say UK researchers. The team reports how it tested this innovation on animals in the nanotechnology journal Small.

The breakthrough could make a huge difference to the millions of people worldwide who, like author Stephen King and actress Dame Judi Dench, suffer from blindness-causing diseases like age-related macular degeneration (AMD), which affects 20% of people over the age of 75.

The number of people with AMD and similar disorders is rising steeply, as is the demand for eye injections of the drugs that halt disease progress.

Injections to the eye are not only deeply unpleasant for patients, they are time-consuming, expensive and difficult to administer. There is also a risk of infection and bleeding.

Not having eye injections would be great relief for patients 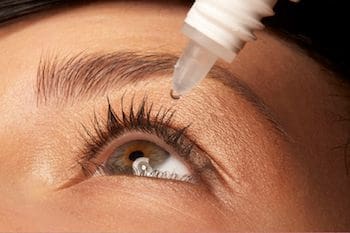 Researchers say blindness-causing diseases, such as age-related macular degeneration, could soon be treated with eye drops rather than eye injections.

Lead author Francesca Cordeiro, a professor in the Institute of Ophthalmology at University College London (UCL), says it is “impossible to exaggerate the relief patients would feel at not having to experience injections into their eyes.”

She explains that the current treatment of injecting the drugs into the eye is very uncomfortable, and patients hate it. They often have to go to the hospital to receive the injections every month for 2 years.

“The development of eye drops that can be safely and effectively used in patients would be a magic bullet,” she adds, saying it would be “a huge breakthrough in the treatment of AMD and other debilitating eye disorders.”

Researchers showed nanoparticles can deliver drugs through cornea to retina

The study is a breakthrough because it has been extremely challenging to find a way to deliver drugs to the retina. Before this study, it was thought the molecules of drugs like Avastin and Lucentis, used to treat AMD, were too big to be transported through to the retina in eye drops.

But in their study, the team showed how they could get nanoparticles loaded with Avastin to deliver significant concentrations to the back of the eyes of rats and rabbits.

The study shows that Avastin can be transported across the cells of the cornea into the back of the eye, where it stops blood vessels from leaking and forming new blood vessels, the basis for wet AMD.

In theory, say the researchers, you could adapt the technology for use with other drugs like Lucentis, commonly used in the UK to treat AMD. Lucentis is a smaller molecule than Avastin.

UCL’s technology transfer company, UCL Business, has patented the eye drop technique. The team is now looking for commercial partners to speed up the way ahead.

“All the components we used are safe and well-established in the field, meaning we could potentially move quite quickly to get the technology into trials in patients – but the timescales are dependent on funding.”

Meanwhile, Medical News Today recently reported how gene therapy may improve an incurable form of blindness. In that study, another team of UK scientists managed to restore some sight in people with a degenerative eye disease called choroideremia, by replacing a defective gene in their retinas with a working version of the same gene. 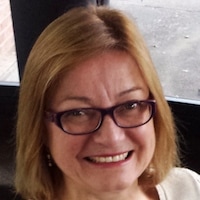